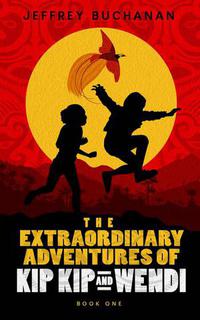 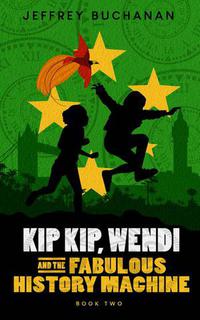 THE EXTRAORDINARY ADVENTURES OF KIP KIP AND WENDI

Twins Wendi and Kip Kip are waiting to see their headmistress, Mrs Salamo, in her office who wants to know why they’re constantly late. But left alone for a few minutes, they get more than they bargained for when they investigate a new computer in the corner of her office. Where have the twins vanished to?

Join Wendi and Kip Kip as they travel around the world to Mexico, Saudi Arabia, Japan, the Solomon Islands and New Zealand. Along the way, they learn about different cultures and customs, nutrition, health, language, environmental issues, education, the power of commerce. They cross the Arabian deserts with Bedouin, and in Mexico City dance to Mariachi music, deep in a jungle they become entangled with dangerous bird poachers.

The Extraordinary Adventures of Kip Kip and Wendi brings first-hand experience of the different peoples of the world making them and their daily struggles very real for us all.

When Mrs Salamo, the headmistress, calls Wendi and Kip Kip into her office to meet distinguished historian, Professor Tubulukawa, they are naturally suspicious. After their previous adventures, they simply don’t want to enter his odd-looking time machine.

However, when he promises it will help Papua New Guinea, they decide to assist the professor perfect the eccentric contraption. As they step into the rickety machine, they are whisked across time, first dropping in on an aristocratic English family in World War II, then back to Papua New Guinea to witness the same war in the jungles of Bougainville. Kip Kip and Wendi then pick up some very interesting time-travelling passengers.

Finally, they see their country move from colony under foreign rule to an independent state, where they help local people stop the destruction of vast rain forests. This is Wendi and Kip Kip’s second adventure, this time taking them through important events that shaped modern day Papua New Guinea.

Papua New Guinea is one of the great loves and adventures of my life. I had the good fortune to live in various places in that amazing country for twenty years. During those two decades I saw with my eyes and my soul that true love for a country and its people can exist, can happen.

I arrived in Papua New Guinea with my partner Stuart Watson in September 1984. We had come from teaching at the University of Kuwait, in that virtually waterless and treeless kingdom. We knew little about PNG. I recall the excitement on landing in Port Moresby then boarding a small, propeller aircraft for the 90-minute-flight to Goroka, the capital of Eastern Highlands Province. On board were six men all dressed in ceremonial outfits: human hair wig hats, feather headdresses, dried flowers and bright green leaves. Their faces were painted, their torsos bare and oiled. They smelled of something that I had never before smelled – lime and betel. An elderly couple, I heard him speaking with an American accent, were dressed in stiff white linen and cotton Salvation Army uniforms. The woman cried throughout the journey. I recorded this all in my journal, including: “Two school children looking very composed sat and stared out the windows and laughed when it got bumpy.” I, too, stared down: jungle, mountains, vast views of more bush and more mountains. And we went in and out of very dark clouds.

At the little airport, the wonderfully attired men were met by equally wonderfully attired and oiled women and men. I thought: “This is not a Middle Eastern, desert kingdom.” Later, I learned that there was a huge singsing happening in Goroka – and was disappointed to discover that local people did not dress in such abundance of beauty all the time, but only ceremonially. But we had landed in a week-long event of such magnitude and wealth of sensation that I was stunned. From that day I was devoted to that extraordinary country.

Stuart and I had been appointed as lecturers in the Department of Language and Literature at the Goroka Teachers College, which trained the nation’s secondary school teachers. We lived in a cottage in a field on the edge of a ravine that looked out to Mount Gahavasuka – dark green, always majestic, a place of orchids and Birds of Paradise and was, thankfully, a reserve.

The first time I entered my office, which was also the bookstacks room, I looked at the titles that were used in the literature courses: William Shakespeare, Jane Austen, William Thackeray, Charles Dickens. There were more modern titles, apparently favourite novels from previous lecturers, which included very unread class sets of science fiction and ‘inspirational’ American texts including How to Win Friends and Influence People.

This situation precipitated an adventure of discovery on aspects about education, national development, gender equality and what might constitute ‘relevant curricula’. I soon learned that the young teachers would be graduating to teach in remote, under-resourced secondary schools. Most PNG students did not have English as a first language and had attempted to learn it in school. Most spoke three or four local languages, and or dialects – Papua New Guinea being home to a quarter of the world’s languages. The country has some of the lowest rates of literacy and other social development indicators globally. I asked myself: “Shakespeare? Thackeray? Austen?” They themselves would have said: “Not here, not yet.” Anyway, that is what I wanted those august, much loved literary heroes to tell me, and in many ways, they did.

The existing English-as-a-Second-Language instruction curricula and texts were overwhelmingly non-Melanesian focused. Most books were imports from Singapore and Australia. I conducted research on the prescribed textbooks to understand what our students were learning and what they in turn would take to the schools across the country. There was little in the English language instruction texts that included information generally about Papua New Guinea, or nutrition or health or sanitation, or agriculture or gender relations. In the main textbook there were, when reduced to “number of hours”, twelve hours on USA presidents, fifteen about Singapore, more about the history of trans-Atlantic shipping – and so on. In a fifty-hour course on English language learning, there were two hours of PNG related issues.

Shakespeare and Thackeray and Austen and the obscure science fiction class sets were not tossed out – necessarily. But what replaced them was local literature, such as The Crocodile by Vincent Eri and the exciting new Papua New Guinean writers who at that time were mainly involved in writing for the theatre. African writers, indigenous writers from the Pacific, Asian authors and Latin American writers were introduced, with a decided gender balance. Over the years the student’s favourite novels included The Crocodile and Things Fall Apart. The perennial big love were the short stories by Ama Atta Aidoo, especially No Sweetness Here.

There was no local fiction for young adults. I talked a lot with the students in the college and secondary schools and with colleagues, parents and whoever would listen. What students wanted was fiction that assisted with English language learning. What emerged were The Extraordinary Adventures of Kip Kip and Wendi and its sequel Kip Kip, Wendi and the Fabulous History Machine. The former made its way into the PNG school curriculum. This (2022) is the first edition Kip Kip, Wendi and the Fabulous History Machine. Stuart Watson compiled Lost in the Jungle Ways (Dellasta Pacific Press, 1994), a collection of short stories written by Goroka Teachers College creative writing students. Over the next decade, that course for creative writers produced many an excellent short story.

From late 1999 to mid-2003, Stuart and I worked in Siwai District, in south Bougainville – now the Autonomous Region of Bougainville – toward the end of the decade-long civil war in that stunningly beautiful island. There we managed an internally displaced peoples’ camp for some 400 ex-combatants from the Bougainville Revolutionary Army and the Resistance. During that time, I listened to the extraordinary stories of women and men, girls and boys about their lives during what is locally known as “The Bougainville Crisis”.

Those were exciting years in Papua New Guinea and post-war Bougainville – working in the response to HIV and AIDS, promoting equitable education, gender equality, and the empowerment of women and girls, and in issues related to a post-conflict society.

The adventures. My friends there. The expectations, the dynamism, progress, and setbacks. I hope I have captured some of those experiences in The Extraordinary Adventures of Kip Kip and Wendi and its sequel Kip Kip, Wendi and the Fabulous History Machine.

I look forward to Kip Kip and Wendi and their wantoks writing their own stories. 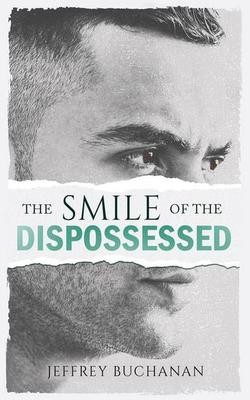 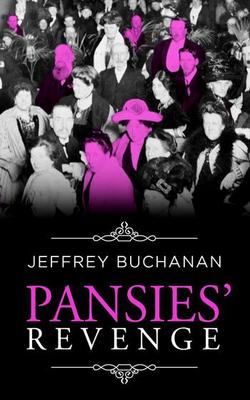 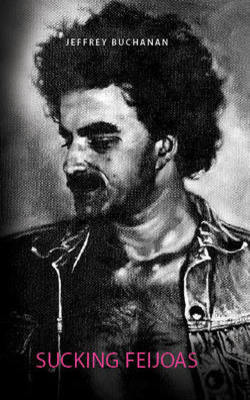